Virtual Rides 3 – Funfair Simulator is a single player funfair/carnival simulation video game developed by Zeichenkraftwerk Jeutter & Schaller GbR and published by 2tainment GmbH. Virtual Rides III lets you enjoy the game within two different perspectives just as the original games, but expanded into depth and gameplay possibilities. You can choose to wander around the fairground area and look at the crowd react to their surroundings. The crowd chooses which rides they want to enter, which foods they want to eat and they react to the style of control when it comes to your ride. You can be part of that, by also entering into the first person cam, which places you in the seat of the funfair ride while you control it yourself. The game was released on 16 March, 2017 for Microsoft Windows, Mac OS X and Linux. 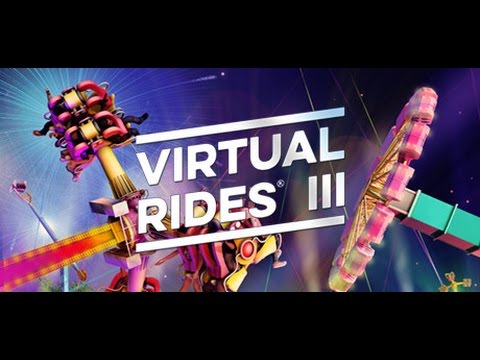 About This Game:
THE MOST EXTENSIVE FUNFAIR RIDE SIMULATTION EVER!
Virtual Rides III is here! Set foot in an even bigger, more colorful, and more impressive fairground than ever before! Let your imagination be your guide! Design, control, and ride more than 10 unique attractions!

Virtual Rides III turns you into a showman! Whether you change the color of the components, the components themselves, or the decoration – it’s all in your hands!

Use lighting, effect equipment, fog machines, and stroboscopes to perfectly stage your fairground attractions! Give your visitors a ride they’ll never forget!

When night falls, the lighting system immerses the funfair in a very special light! From laser shows to color changes – everything is possible!

You are the carnival barker! Grab a microphone and fire up your guests with your own calls!

The atmospheric lighting doesn’t really come into effect until sunset – but that’s no problem! Simply change the time and even the weather!

Take your place in the control booth and use the 3D panel to control the ride just as you like!

There are more than 10 attractions available! Start them up and give your guests the ride of their lives!

Now it’s your turn! Climb in, buckle up, hold on tight – and ride your fairground ride!

Need a bigger kick? Then grab you HTC Vive or Oculus Rift for an even more realistic nerve-tingling wild ride!

12 acres of fairground full of breathtaking attractions and more than 100 stands whose offerings will make your mouth water. Enjoy your visit to the funfair and encounter huge crowds that react to their environment.