The Isle is an action adventure simulation video game developed and published by The Isle Development Team. The game brings dinosaurs and humans together after an experiment horribly backfires. Players can choose to play as dinosaurs (carnivores or herbivores) or various human factions. Players can choose to form a pack to try to stay alive and hunt together, or players can run solo and sabotage bases and gangs. It was first released as early access stage on 2 Dec, 2015 via steam.

The Isle is a realistic, gritty, open-world survival horror game. There is only one goal in mind: Survival. The islands and its inhabitants will radically change, ever-evolving as players themselves learn how to survive. There are no waypoints, tutorials, or ulterior precepts in mind to alter play styles or purpose. In the end, the only person you can trust is yourself. 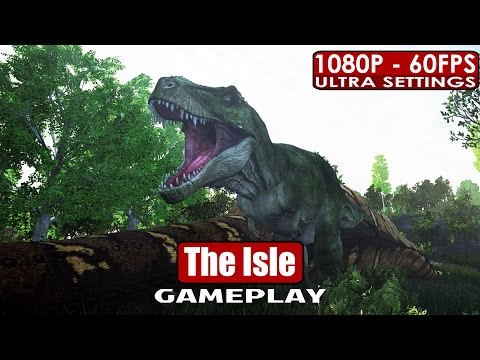