Heavy Bleakness is an action strategy video game developed by Sliverbroom Studios and published by Otaku Maker. The game was released via Steam on 24 April, 2017 for Microsoft Windows.

About This Game:
In a world where having a tank is cheaper than buying a bike, humanity is driven to use them as a means of entertainment; a worldwide epidemic of cholera starts a war over the limited resources that remain. Survival has led to small alliances that may last only as long as it takes to smoke a cigar.

There are three modes that allow you to play either in single player or with friends cooperatively or against each other facing waves of tanks via three modes of play:

Survival: cooperatively in teams or as an individual in single player . Players must survive waves of tanks, until time runs out, you die, or you reach the required number of points.
Dungeons: A team only mode. All players make up a team which must survive several rooms completing various objectives. The game ends when the team reach the end goal or lose all their lives. You can also play this mode in single player agains bots.
Strategy: A multiplayer only mode. Where two teams of two to four players defend their bases from the opposing team. The aim is to destroy your opponents base before they destroy yours. Several tanks controlled by the teams are also available to help protect their bases.

The game is a local multiplayer for four players, each player can choose from four different tanks:

Each tank has an unique special ability useful when you are in danger, these abilities spend energy you can use them again when energy bar is sufficiently full, so, up to you to choose that moment. Also, each tank has a default weapon and each weapon has an alternative shoot, it can be another shoot object or another ability. To continue you can see all weapons:

This mode is allowed play in teams or individual. In this mode you survive the waves of tanks alone or with friends, or also, against your them, while each defends. You can play in three rule types:

This mode is strictly in team, i.e. all players make up a team which must overcome several rooms fulfilling various objectives, to reach the last unharmed. The game ends when they reach the ultimate goal or lose all their lives.

This mode is for multiplayer, only two to four players, each has a base that must defend and destroy the opponents: in teams or individually. The team who stay with at least one base is the winner.

Here players can generate several tanks to help them protect their base, himself, destroy an enemy base, or the same enemies. 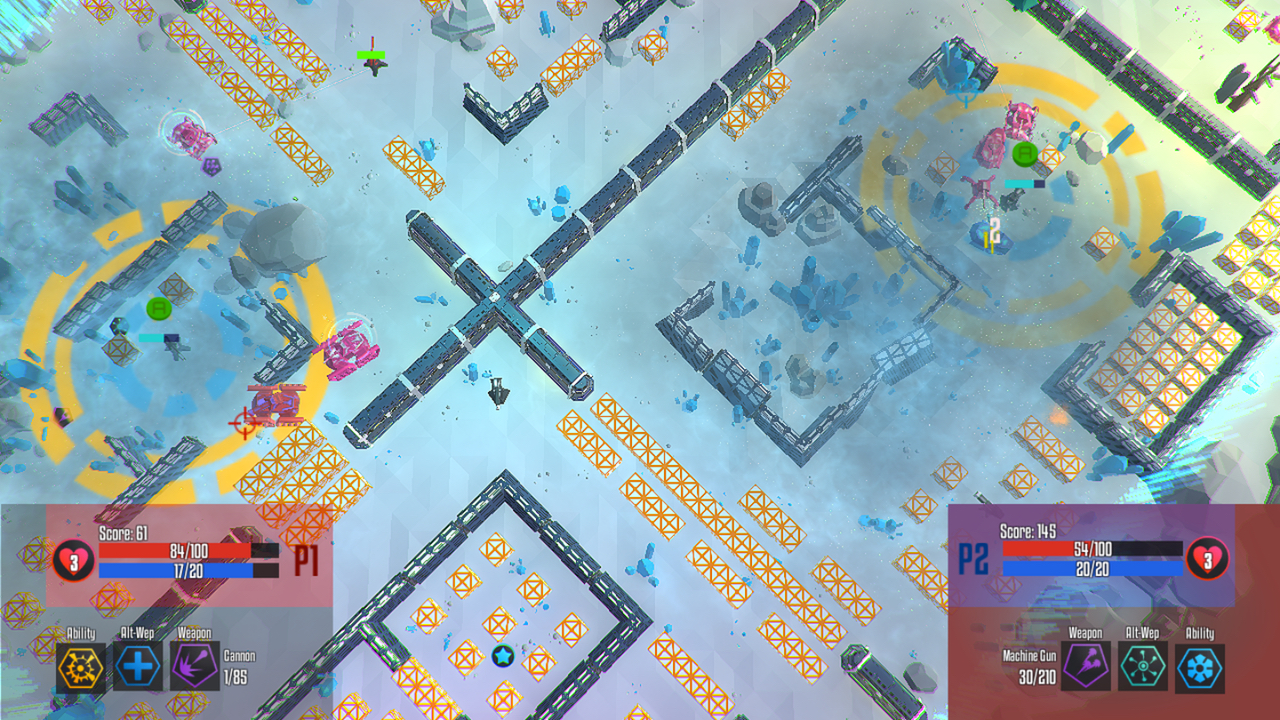 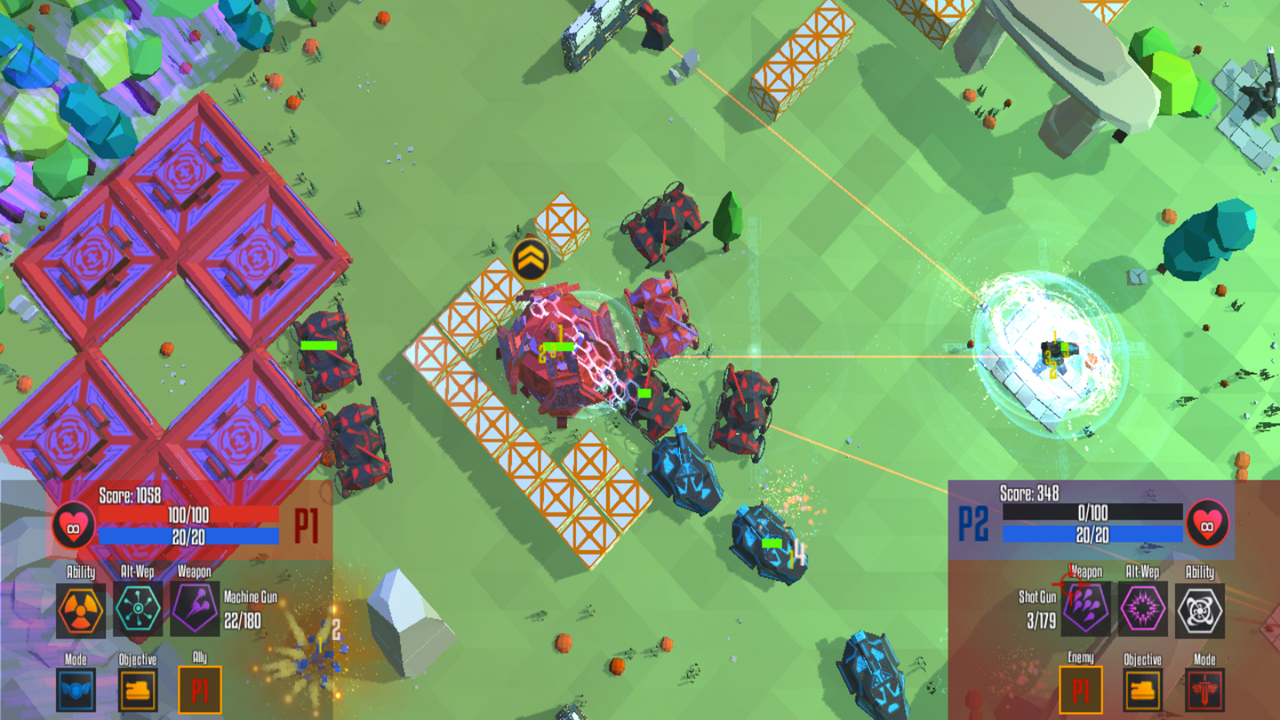 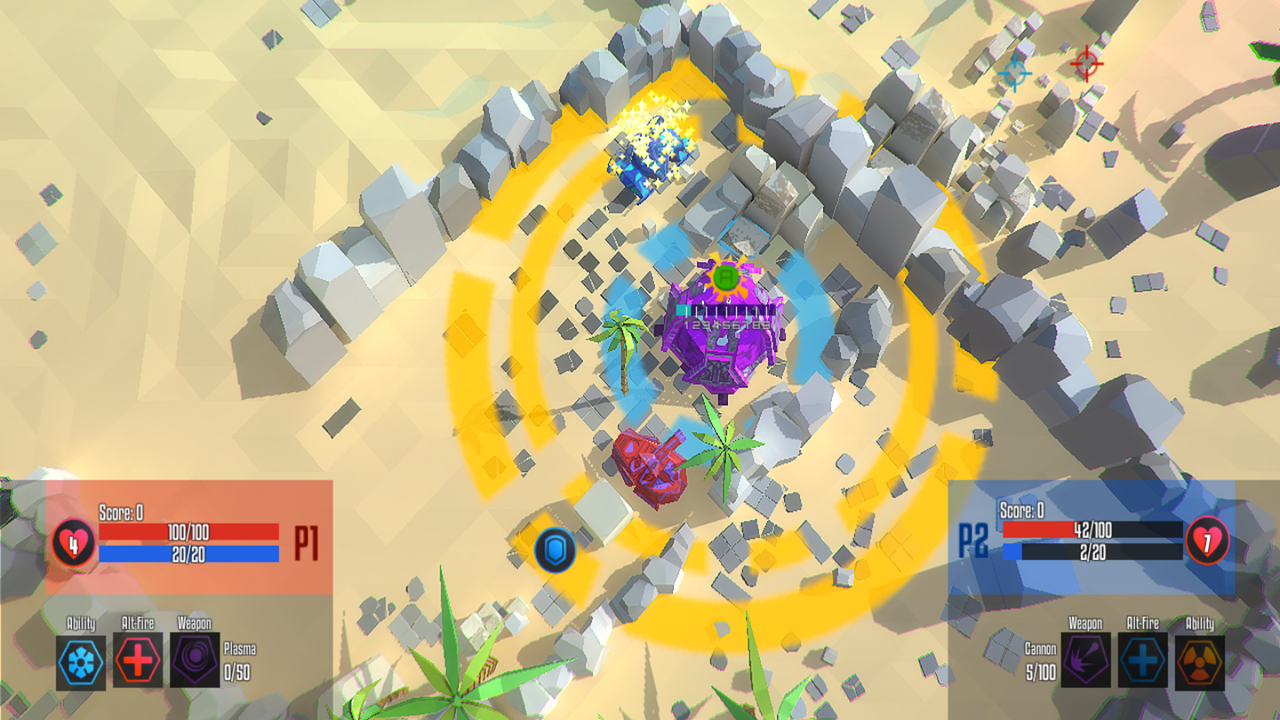