Warhammer: Mark of Chaos is a real-time tactics video game developed by Black Hole Entertainment and co-published by Namco Bandai Games in the US and Deep Silver in PAL territories. The game is set in the Warhammer universe. It was released for Microsoft Windows in the US on November 14, 2006, with subsequent release in PAL territories on November 23, 2006. The expansion, Battle March, was released on September 2, 2008. It contains one new campaign and the addition of Dark Elves and Orcs & Goblins as playable races. An Xbox 360 version was released and titled as Warhammer: Battle March, dropping the Mark of Chaos moniker. 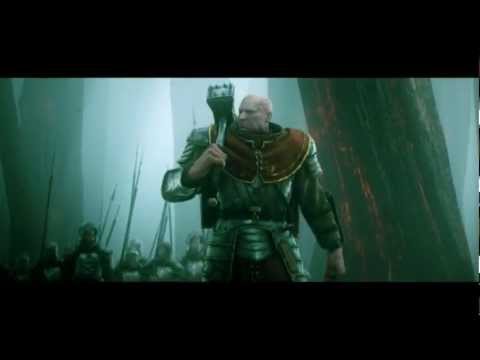 About This Game:
Warhammer: Mark of Chaos is a real-time tactics game set in the Warhammer universe produced by Namco and developed by Black Hole Entertainment. It follows the same formula as Warhammer: Shadow of the Horned Rat and Warhammer: Dark Omen. The gameplay is focused on managing your units and heroes and does not contain any resource management or base-building. The player can control one of the 4 armies in both the games single and multiplayer environments.