Virtua Tennis 2009 (also called Power Smash: Live Match! in Japan) is a 2009 tennis sports video game developed by Sumo Digital and published by Sega. It is part of the Virtua Tennis series, following Virtua Tennis 3 and was released for PlayStation 3, Xbox 360, Wii and Microsoft Windows on 2009.

Virtua Tennis 2009 maintains the fast-paced arcade feel of the previous iterations and includes World Tour Mode and includes a fully integrated online ranking system. All new create-a-player options give the gamer the ability to create anyone. The game features more than 40 different courts to play on, including locations such as Dubai and Shanghai, etc. Mini-games are back in this iteration, with 12 court games, including new entries: Pot Shot, Pirate Wars, Block Buster, Count Mania, Zoo Feeder, and Shopping Dash. 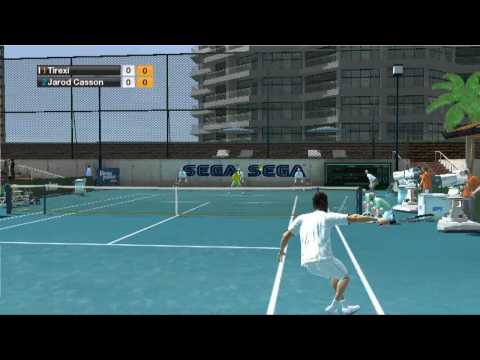