Two Worlds II – Call of the Tenebrae is a DLC for Two Worlds II an action adventure role-playing video game developed by Reality Pump Studios and published by TopWare Interactive with ACE. The game (DLC) was released on 16 June, 2017 via Steam for Microsoft Windows…

About This Game:
At long last, it’s time to revisit the sprawling lands of Antaloor for another thrilling chapter in the Two Worlds saga! After the high-flying adventure of TW2: Pirates of the Flying Fortress, leave the skies behind and return to Antaloor in this exciting new DLC, Two Worlds 2: Call of the Tenebrae!

In this new RPG adventure, the shocking murder of DarPha sets in motion a chain of events that reveals a powerful new magic and a creeping evil with sinister designs for the populace of Antaloor. Drawn into a battle between two warring leaders of a savage tribe of rat-like creatures, this horrific new enemy has managed to complete the bulk of its grotesque plan while the citizens of Antaloor have remained completely unaware. With only a few short days until their diabolical scheme is complete, the hero must act fast and defeat this new evil before the light of Antaloor is extinguished!

Team up with familiar faces and new allies alike as you unravel a genocidal plot that will destroy the harmony of Antaloor and leave its people and lands in ruins. Solve the mystery of the Elves’ disappearance and uncover powerful relics of a time passed as new revelations lead to shocking discoveries that will change the face of Antaloor forever.

The fate of Antaloor’s people hangs in the balance and the stakes have never been higher. Uncover the nefarious plot against her citizens and discover the powerful secret that will rock Antaloor to its core. Welcome back to Two Worlds!

FEATURES:
An all new engine upgrade will display the beauty of Antaloor and its denizens like never before! See stunning new locations, highly detailed new enemies and allies and beautiful new effects!

– Several hours of thrilling gameplay, in an all new adventure set in the Two Worlds universe, in addition to myriad side-quests and optional missions.
– Brand new, highly stylized armor and weapons await you, regardless of your offensive focus. Choose from a wide variety of axes, maces, daggers, swords and spears, in addition to ranged weapons like magical strikes, bows and crossbows.
– A wide array of new weapon and armor enhancing crystals are scattered across the land, waiting for an intrepid explorer to discover them, granting your weapons new abilities and attributes.
– Revamped and enhanced alchemy system with new ingredients and techniques for brewing all new tonics and potions, granting the player new options for offensive, defensive and restorative potions.
– Explore the archipelago like never before; investigate new locations, from haunting crypts and swamps crawling with the walking dead, to sprawling villages, trading outposts and bandit camps.
– Introducing a brand new race, a horrifying cross between rat and human called The Chosen, with motivations and aspirations known only to them. You must learn who among them is friend and who is foe before Antaloor is overrun!
– Ferocious new bosses, each requiring fast hands and quick thinking as you discover and exploit their carefully guarded weaknesses.
– New enemy tactics and strategies will keep you guessing, forcing you to master your attacks and keep your guard up.
– An original, thrilling new story addition in the Two Worlds universe with friends and foes both new and old.
– An epic soundtrack featuring an hour of all new music, plus a bevy of new sound effects and thematic music. 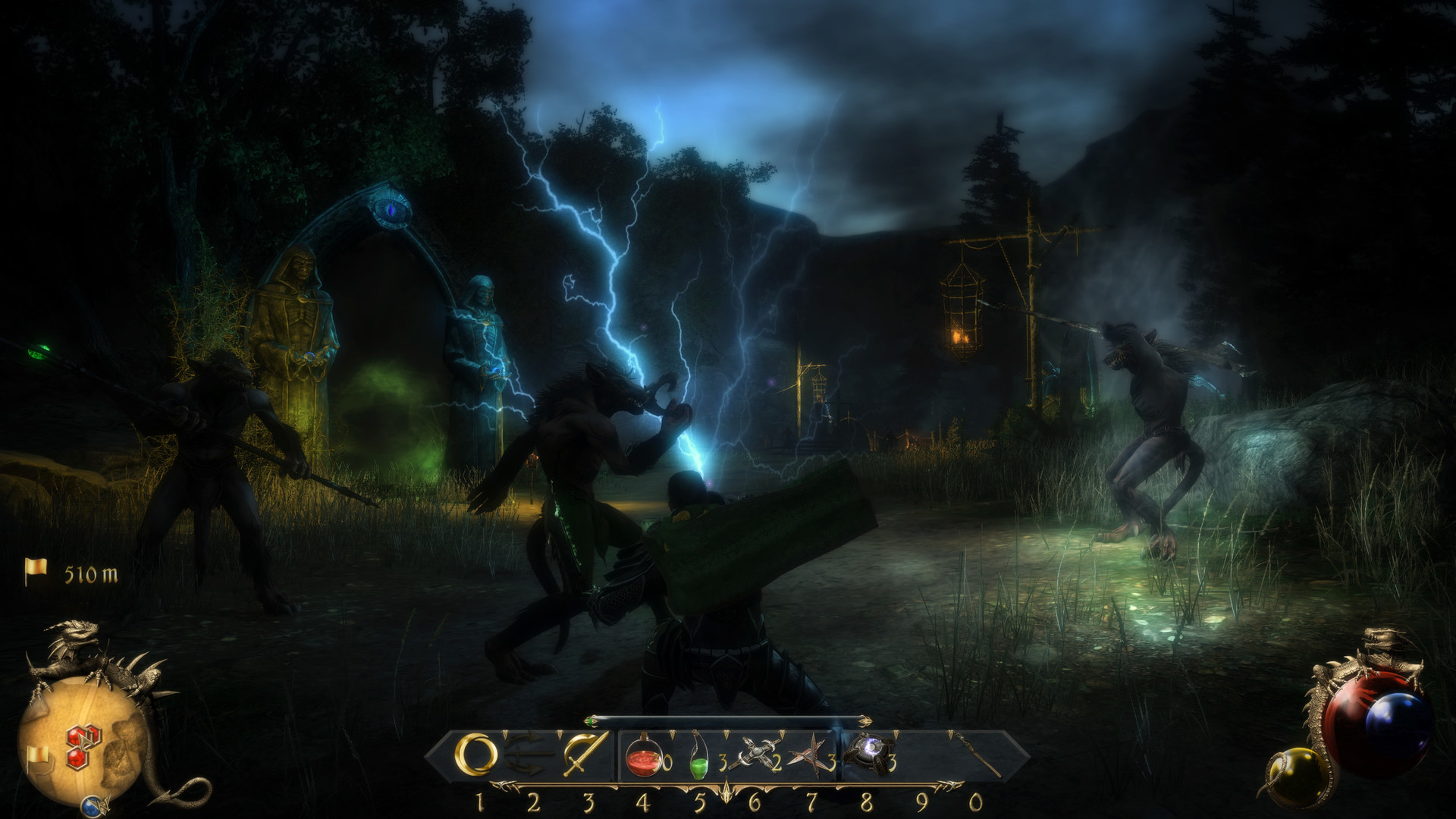 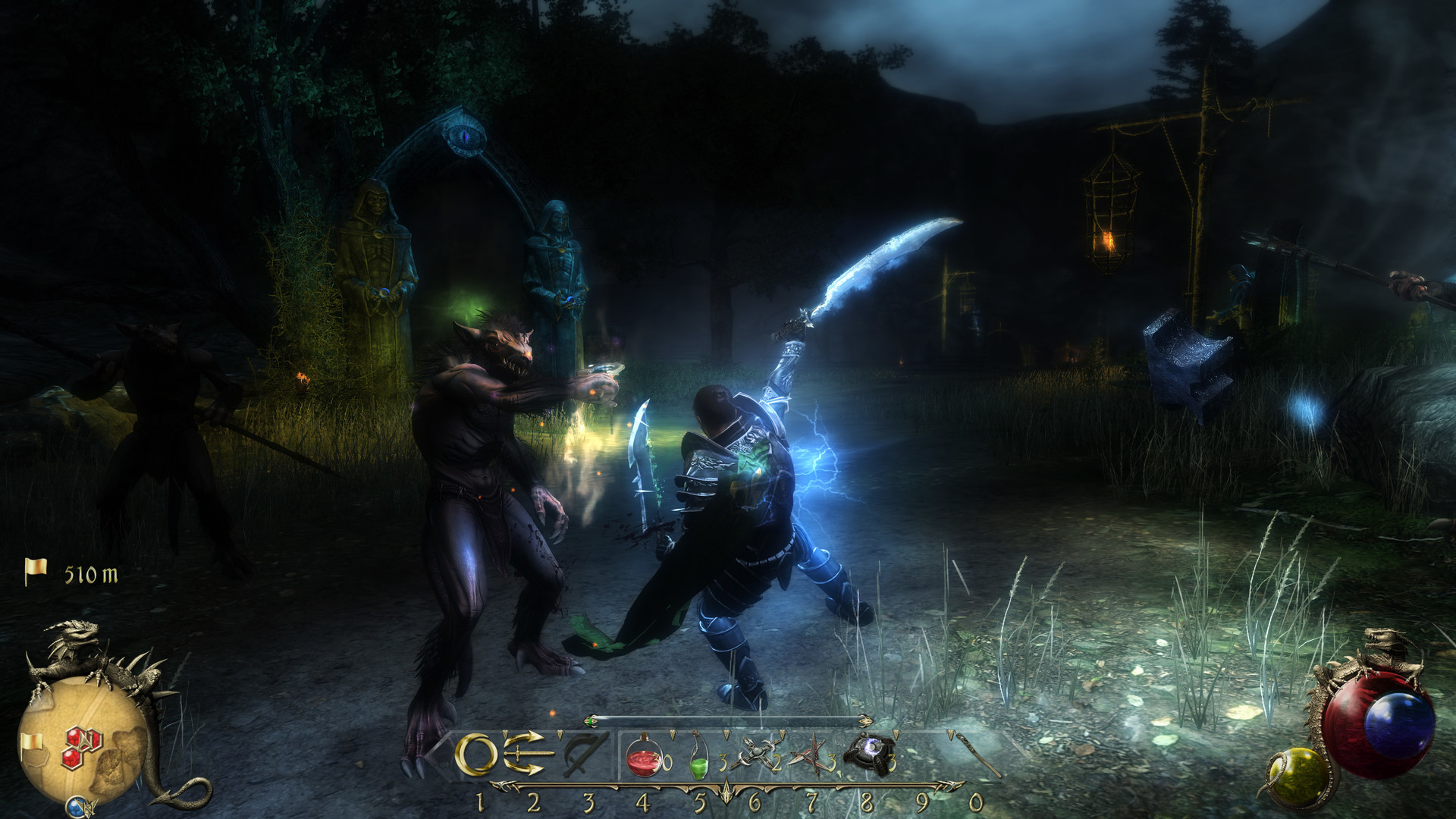 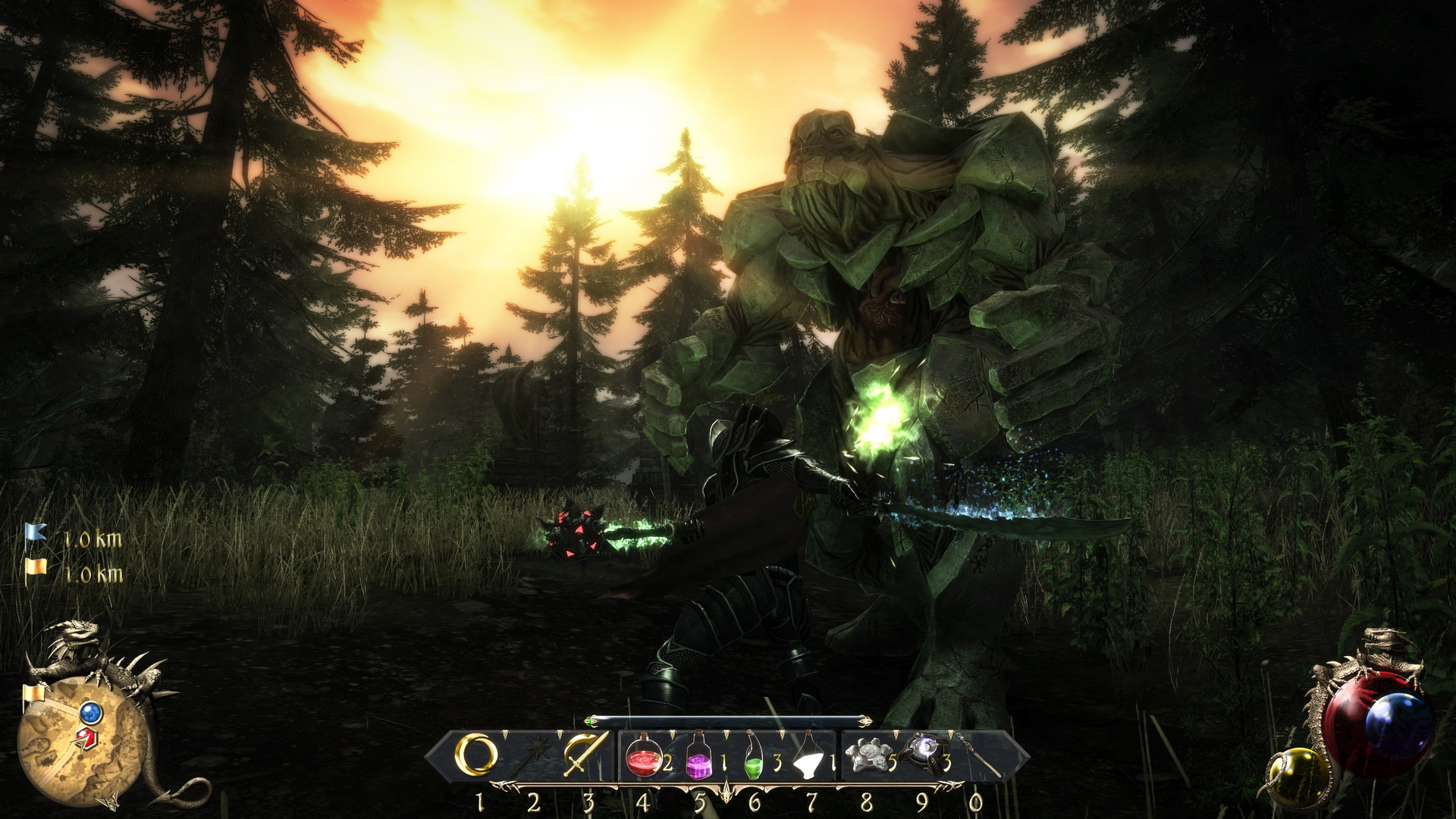 Notes: this release is standalone and includes the following DLC:
– Pirates of the Flying Fortress
– Call of the Tenebrae

Our installer provides all the required registry entries, so you
might want to use it !