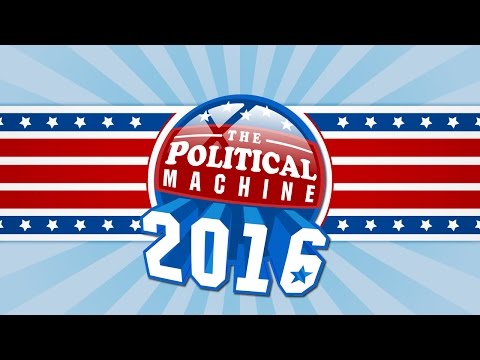 The Political Machine 2016 features updated relevant political topics from across the 2016 presidential campaign. Dozens of national issues including the Keystone XL Pipeline, human trafficking, and the Iran Nuclear Deal have been added, with more updates on the way as the season continues. Regional issues require the candidate to walk a fine line between appealing to the widest range of voters or appearing to “flip flop.”

Gaining favor from your voters by interviewing on talk shows might grant you some sympathy, but not everything can be swept under the rug forever. You must always be on the lookout for career-ending scandals like a torrid affair, natural disaster, or an unsavory email trail. They can pop up at any time and change the course of the campaign — which can put you down in the polls!

Do you think you have what it takes? Take to the campaign trail and show the nation why you should be the next President of the United States of America!