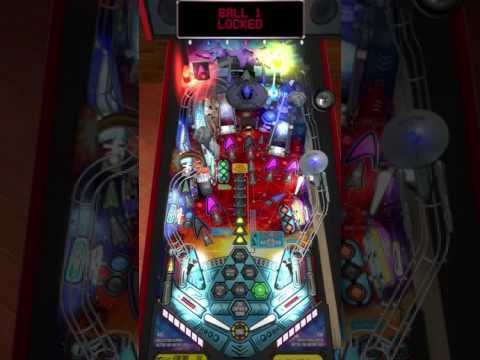 About This Game:
Star Trek™ Vengeance Premium (2013): is another outstanding game from designer, Steve Ritchie. Based on the new series of Star Trek films, players take on the role of Captain Kirk commanding the USS Enterprise in a fight to save the Federation. The game features easy-to-follow rules for novice players an incredible level of depth for experts, with 18 missions to play and 5 multiball modes, including three Captain’s Chair wizard modes! The playfield features spectacular lighting with over 60 tri-color LEDs, including seven Star Trek shield emblem inserts, color coded to indicate the primary targets in each of the mission modes. Other notable features include the Warp Core Resonator shaker motor, USS Vengeance Disintegrator Super-Speed ball kicker and custom molded models of the USS Enterprise, USS Vengeance and two asteroids with LED flashers.