Starsky & Hutch is a vehicular combat action driving video game based on the television series of the same name developed by Minds-Eye Productions. The game was published by Empire Interactive and released for PlayStation 2, Xbox, Microsoft Windows, Game Boy Advance and GameCube on year 2003. 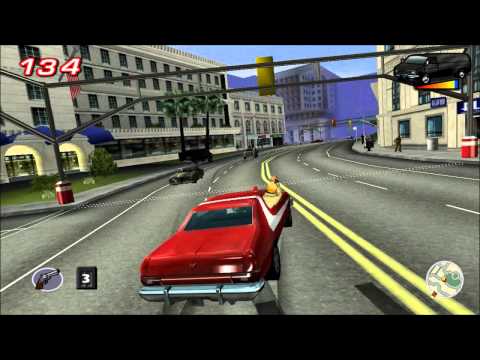 About The Game:
Set out as if it were the television show, Starsky & Hutch takes place over ‘three seasons’. Each level played essentially serves as an episode and players receive a rating based on their skill at completing each episode. This rating is called a Viewer Rating, yet another reference to Starsky & Hutch’s prior incarnation as a television show.

Players are advised not to hit civilians, crash into buildings or cause any negative unrest as that will lower the viewer rating. Performing certain stunts, such as driving through boxes and shooting special VR power-ups will result in the Viewer Rating remaining high. Throughout the three seasons, the players objectives are to catch criminals and occasionally escort other vehicles.