Sid Meier’s Pirates! is a strategy action-adventure video game from 2004 developed by Firaxis Games. The game was published by Atari and it is a remake of the 1987 earlier Sid Meier game of the same title. Sid Meier’s Pirates! was released for Microsoft Windows in November 22, 2004 and for the other platforms in the following dates. The gameplay remains similar to the original game, although has a NDL of Gamebryo 3D game engine. Some elements, such as helium observation removed but have other features have been added, such as ballroom dancing mini-game and an improved turn-based land battle system. 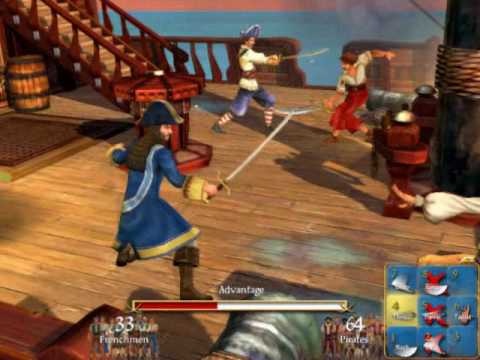