Game Description:
Run an adventurer Shoppe. Order a selection of stock including dangerous weapons, fancy hats, sturdy armour and magical potions. Set the prices of each item and watch the money roll in, but be cautious, some of your clientele will aim to steal and must be dealt rather quickly with a swing of your sword or a zap from a lightning spell.

Price your wares competitively and adventurers will travel from miles around to your one-stop Shoppe to spend their gold.

Four character classes will visit your shoppe, a hardened warrior, a magical mage, a sneaky rogue and wise druid. Each of these classes will seek to wear items relating to their skills, a warrior will be hard pressed to take a flimsy magical robe into close quarter’s battle!

Your dangerous clientele have goblins, and the dangerous beast ol’ Dragonclaw to worry about. This might mean that almost by accident some will be a little rough on your tables and shelves causing them to damage. They will also track in dirt after a long journey.

But as the Shoppe Keeper you’ll be armed with awesome tools for combating these issues. The broom will sweep away dirt brought in from your customers and the hammer will repair furniture that these adventurers will damage. A few sweeps and a couple of swings means your Shoppe will be in tip top shape.

Set your prices too high and your customers may think twice about investing gold in your Shoppe. They’ll throw the dice and attempt to steal it right under your nose! A quick swing of the sword or a zap of a magic spell can make quick work of these thieves. But be cautious not to hit any innocents or you’ll suffer the monetary penalty of paying a fee!

As for Barbarians, they live on the outskirts of the city, regularly invading the town if your shoppe is popular enough and aiming to cause as much damage and destruction as possible. They will even fight you directly if you try to stop them. Eliminate a few dozen barbarians and they’ll invite a much larger friend to come and visit your shoppe.

Its tough running a shoppe, there are often not enough hours in the day to go out and adventure yourself to procure new items. Thankfully, you can employ a champion once you’ve unlocked them in the skill tree. Select a class, equip them with your finest armour and weapons, then send them out to bring back items. Some of these items can be sold, some are junk and others can be crafted into more powerful gear. Threat not if your champion falls in battle, while they will not have brought anything back. They gain valuable experience and can level up to increase their chances next time!

The MK III was created by a Gobliness engineer to increase the artificial intelligence of this mechanical chap. Originally, these bots would break down and refuse to acknowledge the Shoppe Keepers orders. However a few bugs have been ironed out and the MK III is the latest in robotic technology.

The Helper bot has three duties; Zapping thieves who attempt to steal from your shoppe, picking up items that customers may have thrown to the floor and restocking items back on the shelves. You can purchase several helper bots to help run your shoppe to help automate the process of running your shoppe. 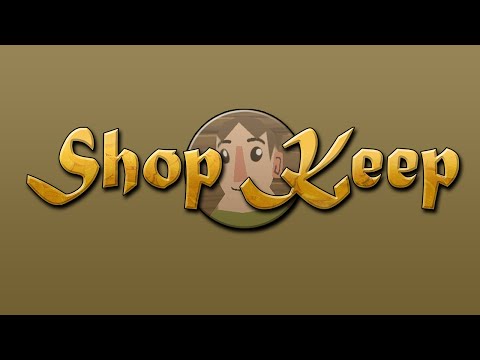