Shantae and the Seven Sirens is a platformer video game developed and published by WayForward. It is the fifth game in the series where the half-genie Shantae and her friends are invited to Paradise Island for the Half-Genie Festival, where she meets and befriends a group of fellow half-genies. Shantae and the Seven Sirens was released for iOS in September 2019, macOS in October 2019, with Microsoft Windows, Nintendo Switch, PlayStation 4, and Xbox One versions released on May 28, 2020. 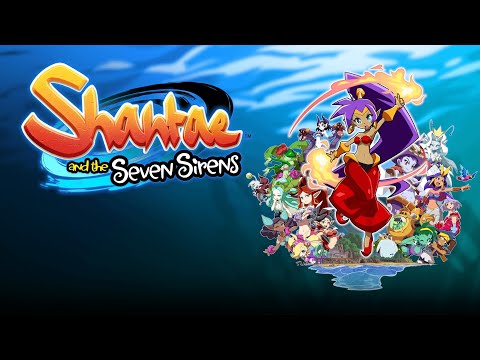 Shantae is back in an all-new tropical adventure! In her fifth outing, the Half-Genie hero gains new Fusion Magic abilities to explore a vast sunken city, makes new Half-Genie friends, and battles the Seven Sirens in her biggest, most thrilling quest yet! Featuring multiple towns and more labyrinths than ever before, an awesome aquatic journey full of danger and discovery awaits!