Not a Hero is a 2D shoot-em-up placing the player in control of a group of heavily-armed mercenaries as they try to eliminate crime so that their boss, a strange purple rabbit-person known as BunnyLord, can win the mayoral race in their city.

Not A Hero Game Trailer 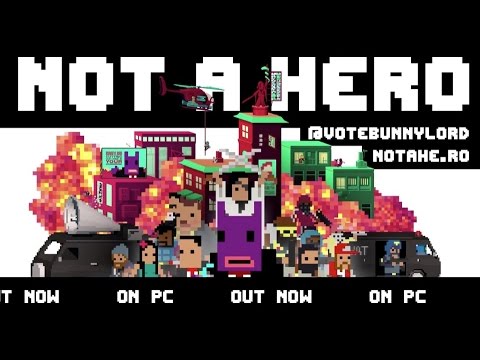 Not A Hero System Requirements