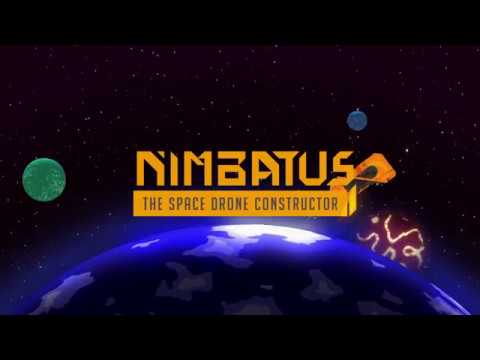 You are the Captain of the Nimbatus – the biggest mobile drone factory ever made. Design your own unique drones to explore a physics-based universe. Survive by shooting your way through completely destructible planets in different biomes, compete against autonomous drones built by other players or enjoy complete creative freedom in the sandbox.

– Survival campaign: Pick one of six diverse captains, navigate the universe and grow your arsenal while facing overwhelming odds.
– Sandbox: Get creative with unlimited power. Adjust game parameters to your liking, create your own challenges or conquer the universe with endless resources at your disposal.
– Competitive arenas: Show your engineering skills to the world. Battle other players in several arenas such as Sumo, Racing, Brawl & Catch.

You’ll encounter countless procedurally generated planets that are fully destructible and rich in resources, each with their own unique properties, climate zones and enemies.

Automate your drone to the fullest

Take the additional challenge and construct fully automated space drones by combining
sensors and logic parts. Use your inventions in singleplayer or measure your programming skills against other players.

Choose your weapon and upgrade your ship

Fight with endless weapon combinations in the campaign or build your own custom
weapons from scratch in the weapon workshop by researching the tech tree. Upgrade your mothership to aid you on your mission and shift the odds in your favour.