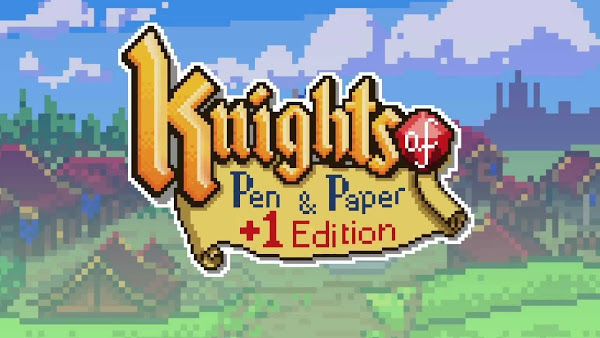 Knights of Pen and Paper is a fantasy-themed turn-based retro style role-playing video game developed by Behold Studios and published by Paradox Interactive. It is a game where you take control of up to five players and embark on an adventure via your dungeon master, who is guiding you through the story. With 17 characters (five unlockables) and 12 different classes (six unlockables) to choose from, more than 100 quests, 50 monsters, 100 items and equipment, blacksmith, enchanter, mining, gathering, hidden treasures and a lot more. The game was released on June 18, 2013 for Mac OS X, Windows, iPhone, iPad, Android and Linux.