Holy Potatoes! We’re in Space?! (also known as HPWIS) is a role-playing space simulation adventure video game developed by Daylight Studios and published by Daedalic Entertainment. Play as two lovable potatoes exploring the vast universe to try to find their lost grandfather while avoiding capture from the despicable empire of Eclipse. The game was released on 15 February, 2017 for Linux, Microsoft Windows and Mac OS X.

About This Game:
Holy Potatoes! We’re in Space?! is a whacky space exploration game where you manage your very own spaceship, craft hundreds of weapons, and explore the vastness of a veggie-filled universe.

Play as sisters Cassie and Fay as they scour dozens of planets in a dynamic universe for their beloved grandfather, Jiji! Follow them on their quest and experience an engaging and ever-changing storyline with a diverse cast of lovable, anthropomorphic vegetables, which include some familiar faces!

Holy Potatoes! We’re in Space?! features tactical, turn-based combat and a variety of weird and wacky weapons, each with special effects that can be used to turn the tide in battle! Ever wanted to maul your enemies with a horde of kittens? Don’t worry, we’ve got you covered. If you hated vegetables as a kid, this game is for you!

Manage your crew, time and resources to craft a spudload of weapons and create the ultimate juggernaut of mass destruction!

A charming, vegetabulous soundtrack of over 150 tracks by the talented Jeff “Pumodi” Brice will keep you entertained while blasting your foes to bits!

Key Features:
– “Carrot” get enough of punny humor? Say no more!
– A compelling story that differs across playthroughs!
– Hire engineers from an array of strangely familiar edibles to man your ship and weapons
– Strategic gameplay – micromanage your crew, craft a wide array of weapons and plan your attack against enemy ships!
– Explore dozens of planets and galaxies, or why not the whole universe!
– Various localization options!
– Casual Mode for stress-free “pew pew”-ing!
– Own a large, fluffy Space Cat. ‘nuff said. 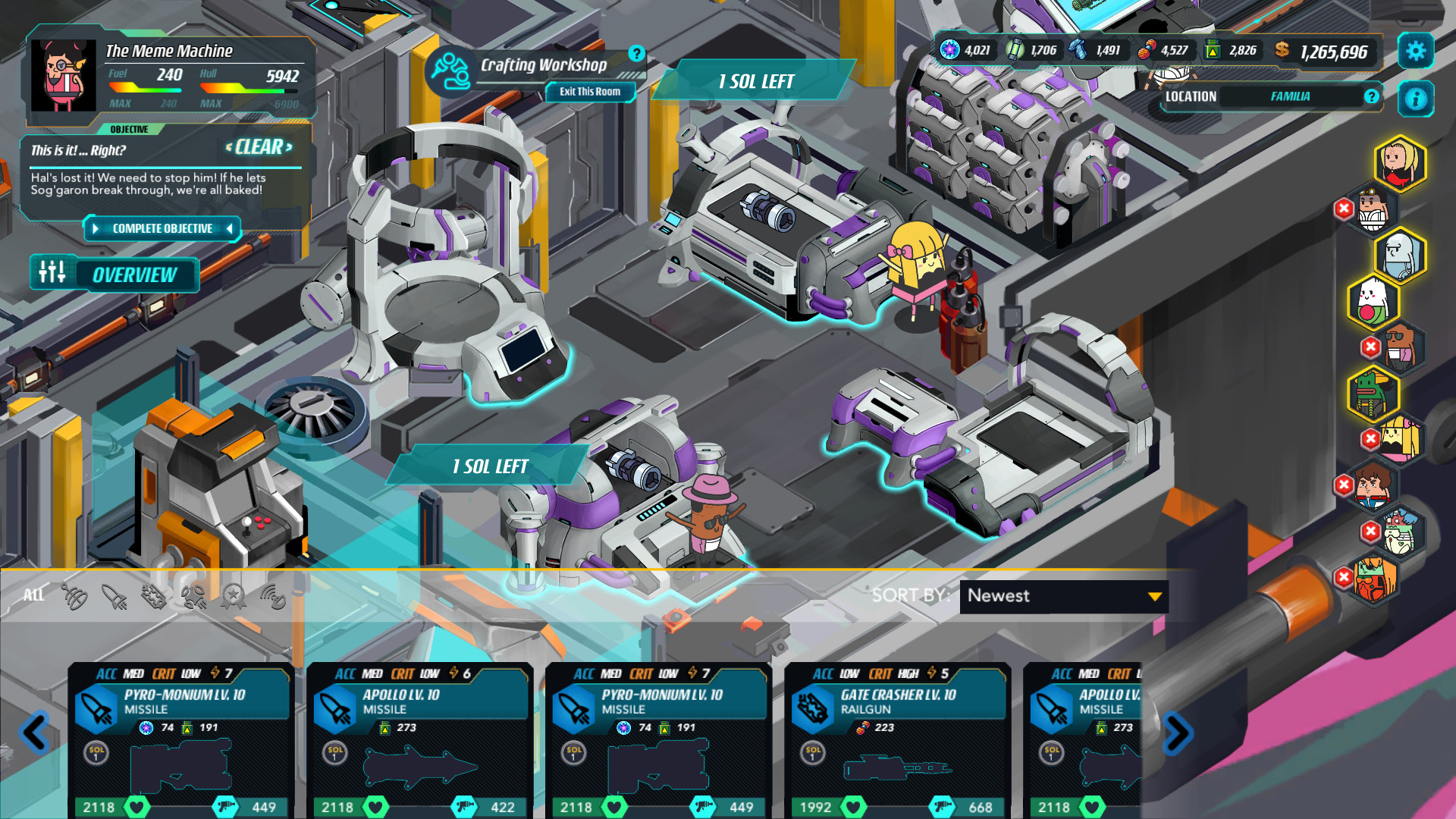 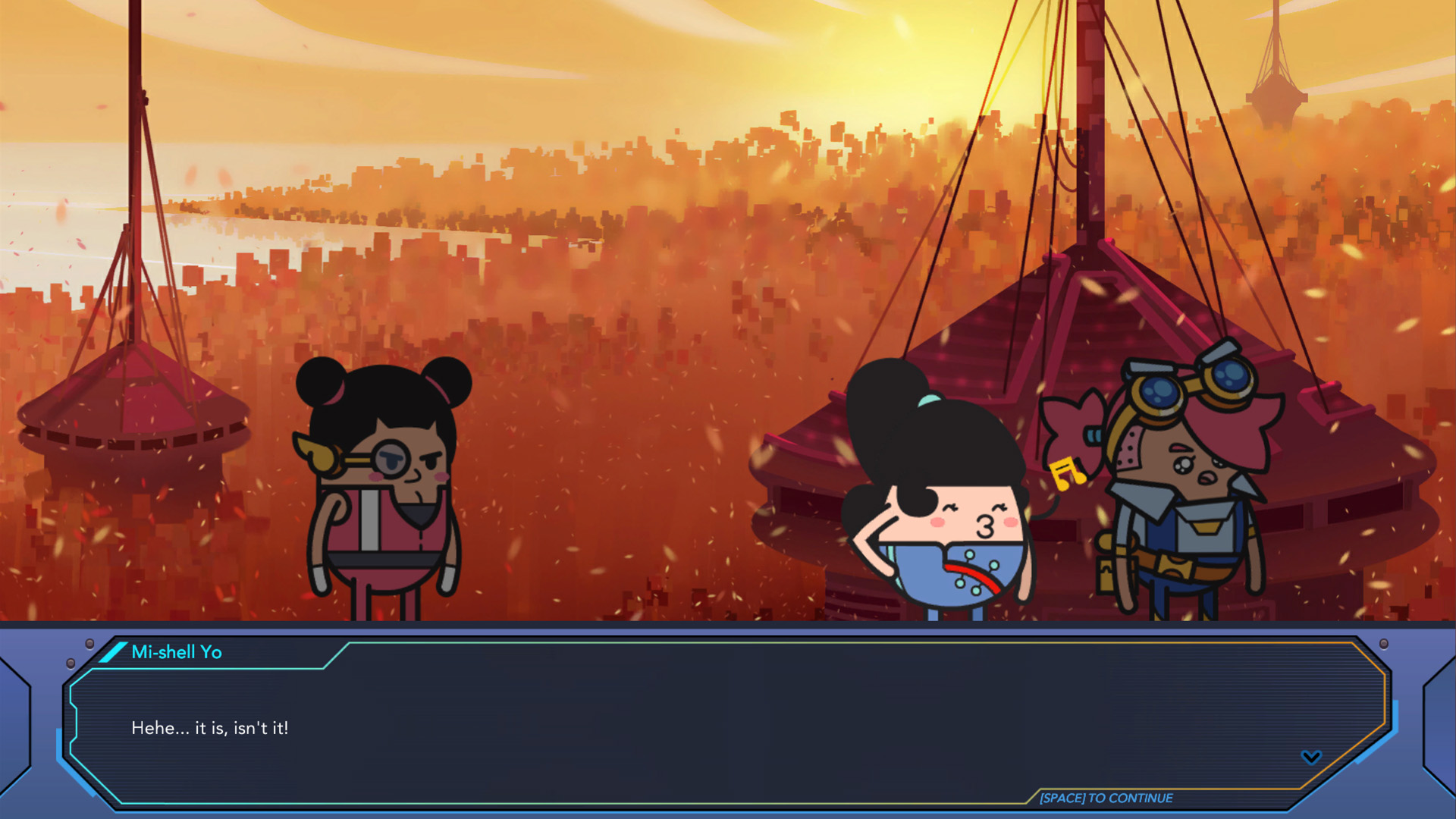 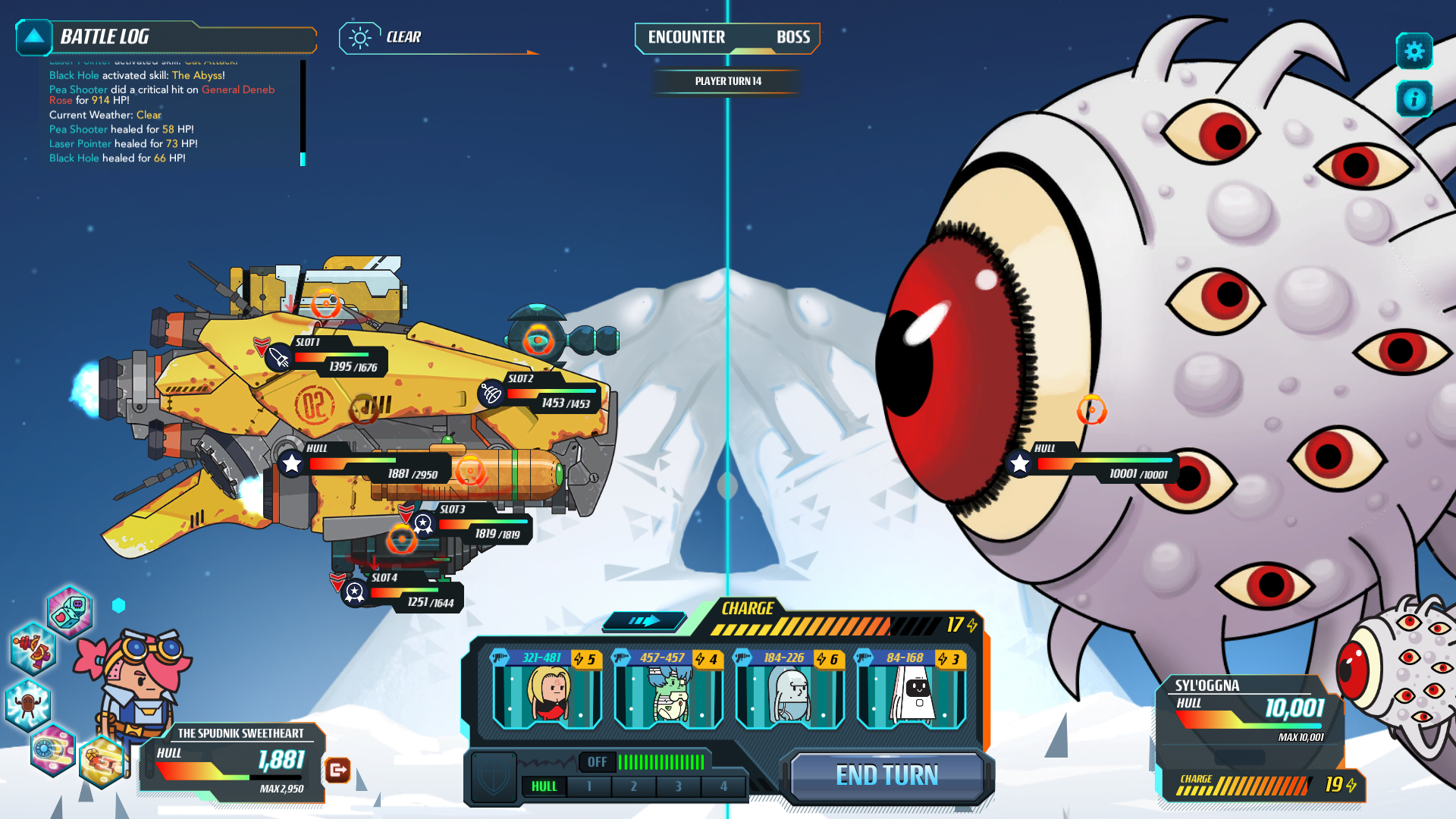