Grandia II (グランディアII Gurandia Tsū?) is a role-playing video game developed by Game Arts originally for the Dreamcast console as part of their Grandia series. Initially released in Japan in August 2000 by Game Arts, the game was later made available in English for North America the following December, and in Europe in February 2001, with both releases published by Ubisoft. The game was later ported to the Sony PlayStation 2, where it was released worldwide throughout 2002, and later for Microsoft Windows exclusively in North America and Europe later that year. An enhanced port, based upon the Dreamcast version and entitled Grandia II Anniversary Edition was released on August 24, 2015 on Steam and GOG.com. The game was developed by many of the same staff members who worked on the original Grandia, including music composer Noriyuki Iwadare but was designed around the idea of creating a more “mature” product than the previous title, as well as the first in the series to feature fully three-dimensional graphics.

Game Description:
15 years after the stunning Dreamcast debut of Ryudo and his epic adventure, Grandia II is back and better than ever! The classic Japanese RPG returns with enhanced visuals, new difficulty level, and features both keyboard and gamepad support!

Take the role of a hardened mercenary with a heart, and go on an epic adventure filled with magic, new friendships, and surprising storyline twists in search of a weapon once wielded by a deity. It’s the classic tale of a band of adventurers destined to save the world, but things are not always as they seem… 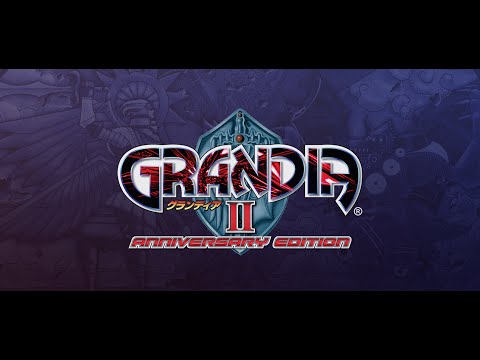