Earth Space Colonies is a strategy simulation video game developed and published by Persona and Pixel studio. The ultimate object of the game is to terraform space colonies and to save the human race. You have been selected to create the first self-sustaining colony on the red planet and must terraform it into a natural, fertile wonderland that is beaming with life. Earth Space Colonies was released on 2 Jul, 2016.

About The Game:
Earth Space Colonies is a strategy-simulation game where you build space colonies around the Solar system. Your first destination is Mars. Establish a first self-sustaining colony and terraform a red wasteland into a green oasis. Balance your resources and expand the infrastructure. Build anything from high-tech factories, hotels, military bases to space elevators and terraformers. Colonize other worlds as well: defend a mining colony on a dwarf planet Ceres and explore the subsurface ocean on Ganymede, Jupiter’s largest moon. Survive intense combat on Saturn’s moon Titan.

Build space colonies on multiple worlds at the same time.

Join cast of fully voiced characters in an engaging story about the next great adventure of humanity.

Train specialized astronauts: from builders and miners to scientists.

Explore the planets with astronauts and rovers while trying to survive devastating sand storms, blazing solar flares, rumbling quakes, meteor showers and other disasters in this extremely hostile environment. 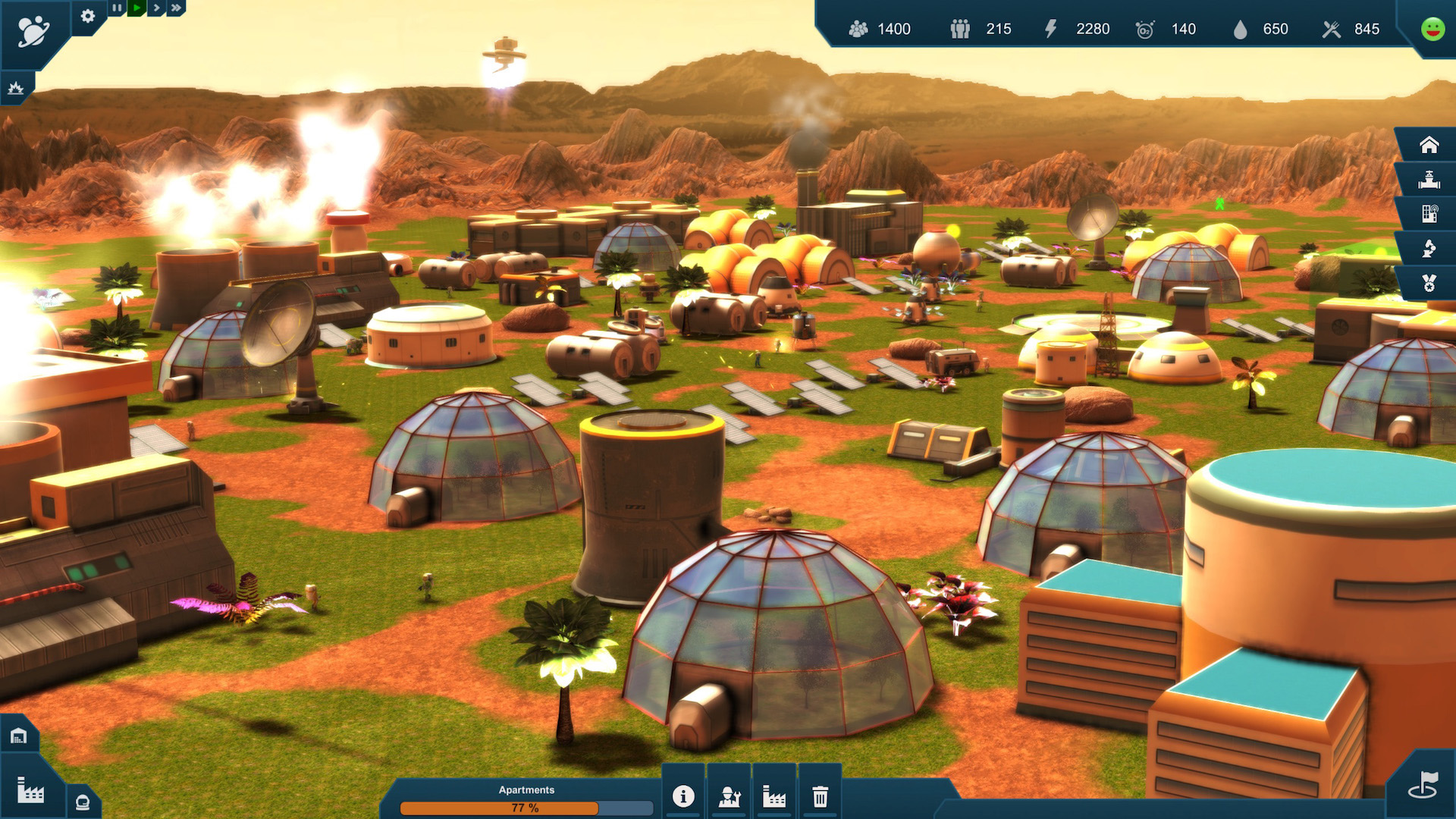 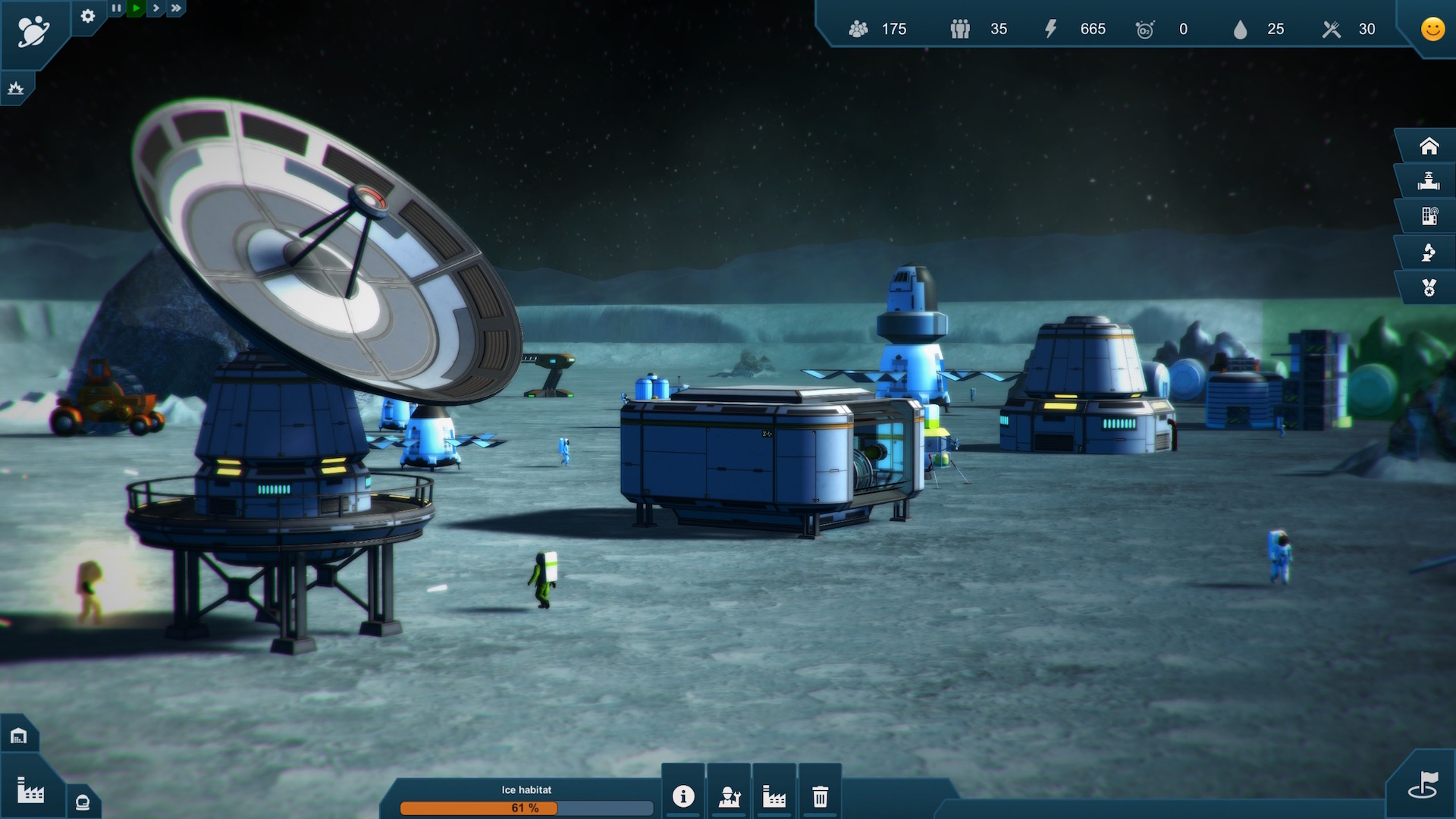 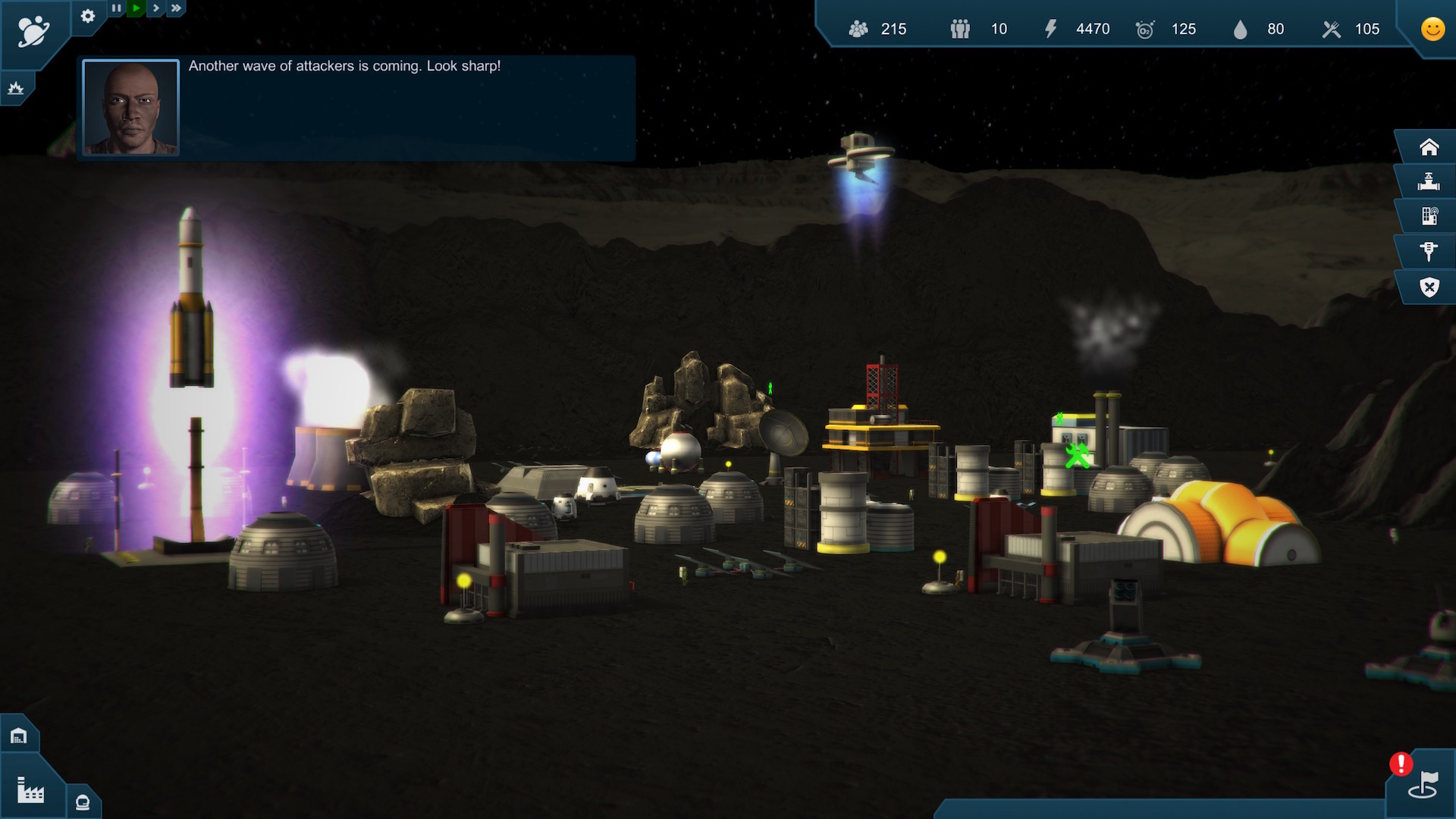