Diluvion is a 3D underwater action adventure role-playing video game developed by Arachnid Games and published by Gambitious Digital Entertainment. Players will pilot a submarine in an open world dangerous environment riddled with spikes, ruins, enemies and mines to seek to find the gift left by the god. The game was released on 3 February 2017 for Mac OS X and Microsoft Windows PC’s.

About This Game:
Forced into the deep oceans by a Great Flood that occurred countless centuries ago, humanity now lives trapped under a thick layer of unbreakable ice and their survival hangs by a tenuous thread. However, their penchant for perseverance is strong, and a new civilization has emerged with distinct kingdoms, religions and cultures. By a twist of fate you, an aspiring submarine captain, have been given the honor of commanding your first sub. With a brave crew at your command, you now venture into the unknown on a quest to discover humanity’s greatest secret.

Explore the dangers of the depths in this beautifully realized flooded world, and unearth untold riches and glory. Discover the remnants of civilization in numerous unique towns and learn their local lore, trade stories and treasure, and hire crew new members.

Continuously improve each of the game’s 9 unique pilotable submarines using a deep upgrade system, and gain access to new areas and loot. Discover numerous types of cannons and torpedoes to help you overcome the dangers of the deep, and assemble your own unique crew to brave it alongside you. Whether you wish to play as a silent hunter or a guns blazing dreadnought, arrange your crew members and weapons to fit your playstyle.

Game Features:
– A Beautiful Underwater World to Explore: Three massive and beautifully realized open sea zones to explore, each with their own factions, local stories and more
– Innovative Combination of 2D & 3D Graphics: Experience the mysteries of the deep in beautifully rendered 3D graphics as you navigate your submarine, and seamlessly switch to meticulously hand-painted 2D graphics when exploring towns and cities
– Thrilling Real-Time Submarine Combat: Utilize an arsenal of underwater weapons to engage in life-or-death firefights with other submarines and deadly terrifying creatures
– Crew Recruitment: Assemble your own unique crew to fight alongside you by recruiting different Helmsmen, Gunners and Sonar Technicians. Utilize each of their special skills and personalities to change the flow of combat and exploration.
– Upgradable Submarines: Continuously improve your vessel by acquiring new weapons that can dramatically change the tide of battle
– 9 Pilotable Submarines: Explore the world to uncover 9 unique pilotable submarines, each with their own feel, strengths and weaknesses
– Resource Management: This world is not for the faint of heart, as resources are limited and survival is a constant battle. You’ll have to actively manage your food supplies and oxygen levels should you wish to keep your crew alive and overcome the perils of the sea
– Upgradeable Home Base: Build- and grow your own base of operations under the sea to house all your stand-by crew members and submarines. Upgrade your base to increase your notoriety and wealth, as upgraded bases can also house valuable opportunities, such as rare item merchants and bars with notorious sailors as patrons.
– Loot System: The world is filled with rare loot and hidden quests to discover…. Especially for those who dare to venture off the beaten path
– Terrifying Underwater Foes: Explore the world and test your bravery against giant sea creatures and mysterious undersea anomalies!
More info at: 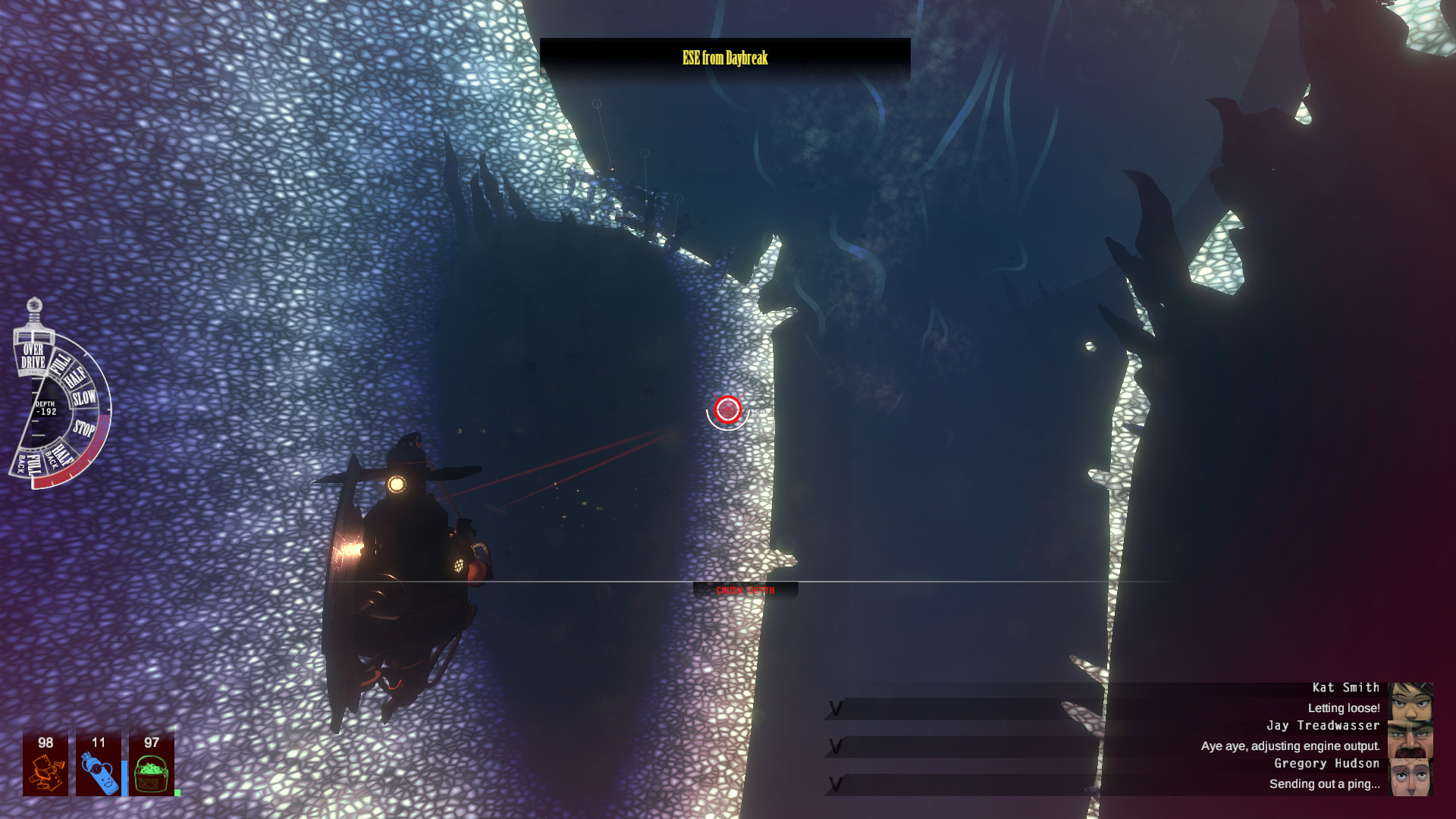 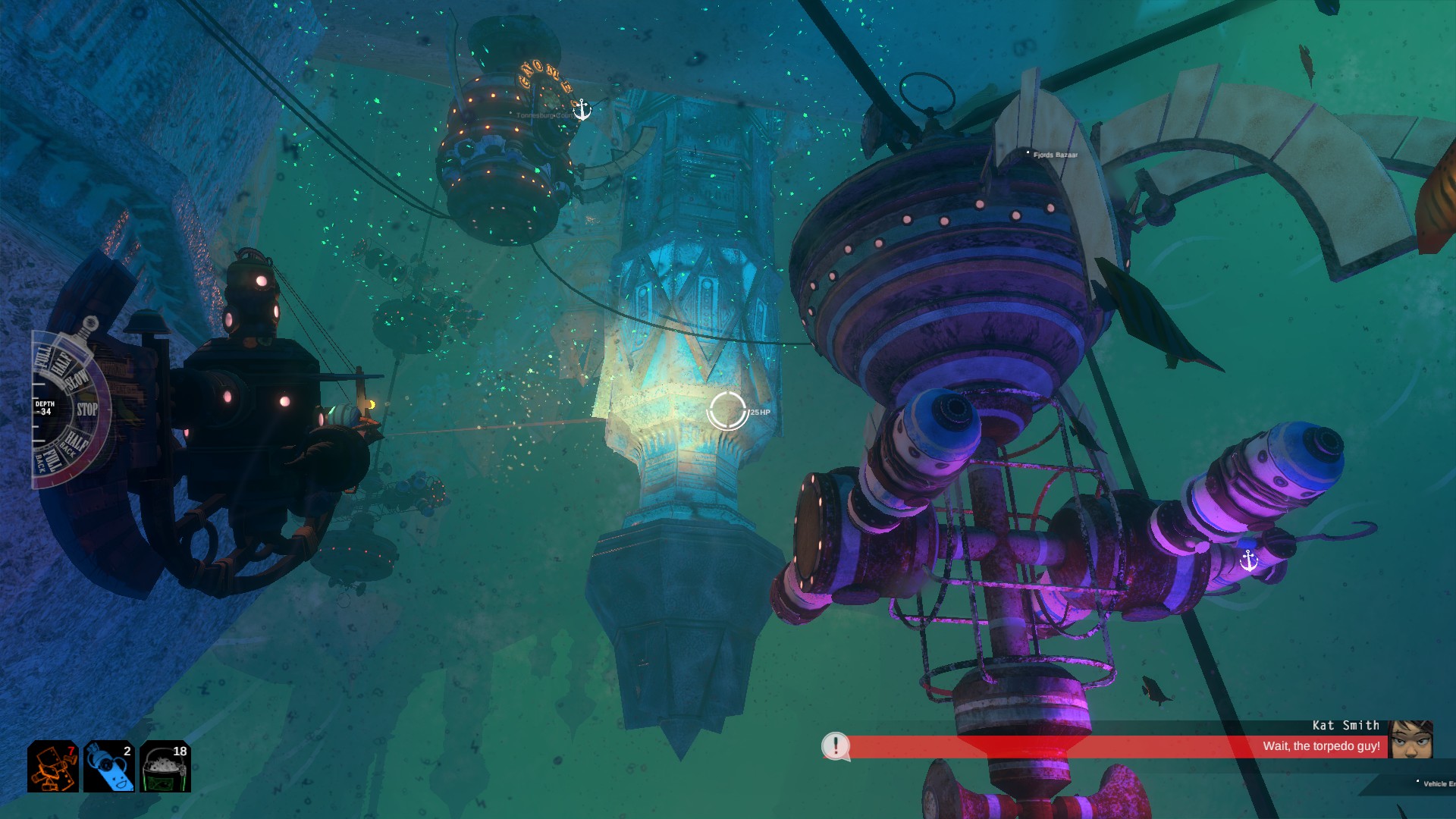 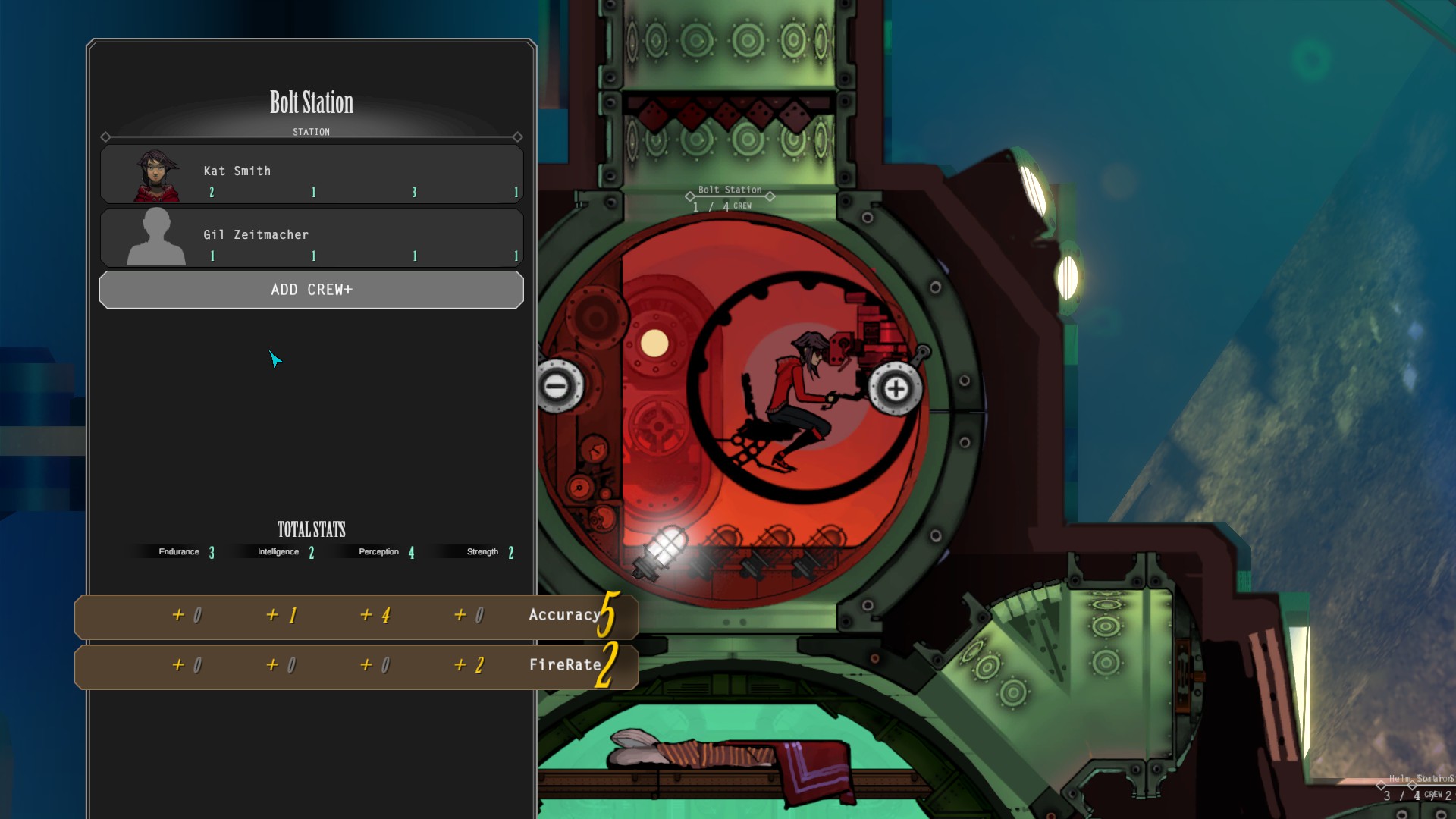