Danganronpa: Trigger Happy Havoc is a murder mystery visual novel adventure video game developed and published by Spike Chunsoft and the first game in the Danganronpa series. The game was originally released in Japan for the PlayStation Portable on November 25, 2010 and was later ported to iOS and Android devices on August 20, 2012. Two manga adaptations and two spin-off novels have been published, a television anime adaptation by Lerche aired between July and September 2013, and a stage adaptation ran from October to November 2014 in Tokyo’s Nippon Seinenkan. An anime sequel, Danganronpa 3: The End of Kibōgamine Gakuen, was also announced. The game was also released on Steam in February 18, 2016.

Game Description:
Hope’s Peak Academy is home to Japan’s best and brightest high school students—the beacons of hope for the future. But that hope suddenly dies when Makoto Naegi and his classmates find themselves imprisoned in the school, cut off from the outside world and subject to the whims of a strange, murderous little bear named Monokuma. He pits the students against each other, promising freedom to anyone who can murder a fellow classmate and get away with it.
It’s up to you to find out who Monokuma really is, and why you’ve been taken from the world you once knew. But be careful what you wish for—sometimes there’s nothing more deadly than the truth… 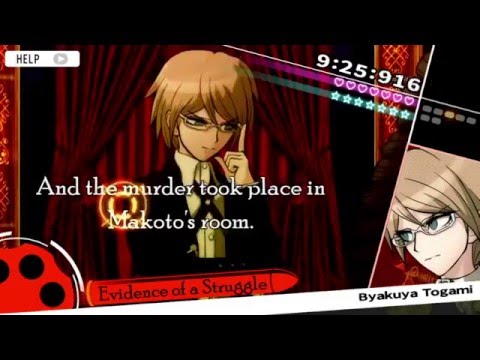